A Shoot'em Up focused around you changing forms to survive as long as possible!

Each of these forms has their own unique ability.

Defense Form (Tank): Gather enemy projectiles in a field and convert them to ammo!

Speed(Dodge): Recover your health the longer you stay in this form!

Matthew Gipson aka Living Valkyrie, and Lamont Miller aka Virgate(tomb)

Had this had been made in the 80's or 90's, this would've made a killing in the arcades one quarter at a time.

While a simple interpretation of shapeshifting, the choice of turning into one of three ships is crucial to the survival of your character.

The vector-style graphics are very reminiscent of Atarti games like Tempest. It gives a nice arcade look to an arcade style game.

The sound keeps with the arcade feel, with retro-style chiptunes and 8-bit sound effects.

At first, I thought this would control like Asteroids, where you rotate with left and right and use up to accelerate. While this isn't the case, the fact that you only face forward add a depth of difficulty it wouldn't have. It might be artificial difficulty, but it's along the same lines of games like Centipede.

This is one of the best LD35 games I've played. While it still has its flaws, it's a damn good arcade shooter. Nice work!

thanks! I appreciate you taking the time to write an actual review and not just a "cool game bro" comment. The forward facing was a decision that originally wasn't a huge deal, but after i added the ai it made things chaotic and under our personal time frame i didnt have time to go back and remedy.

As you said tho it adds an extra level of difficulty and it makes the game play a little bit less forgiving. 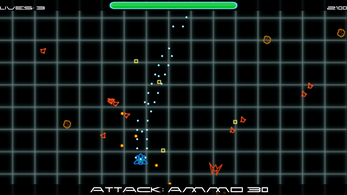 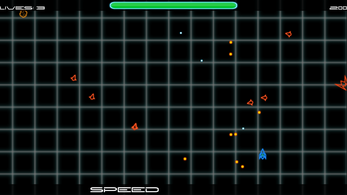 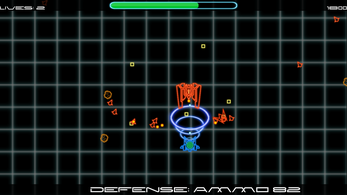